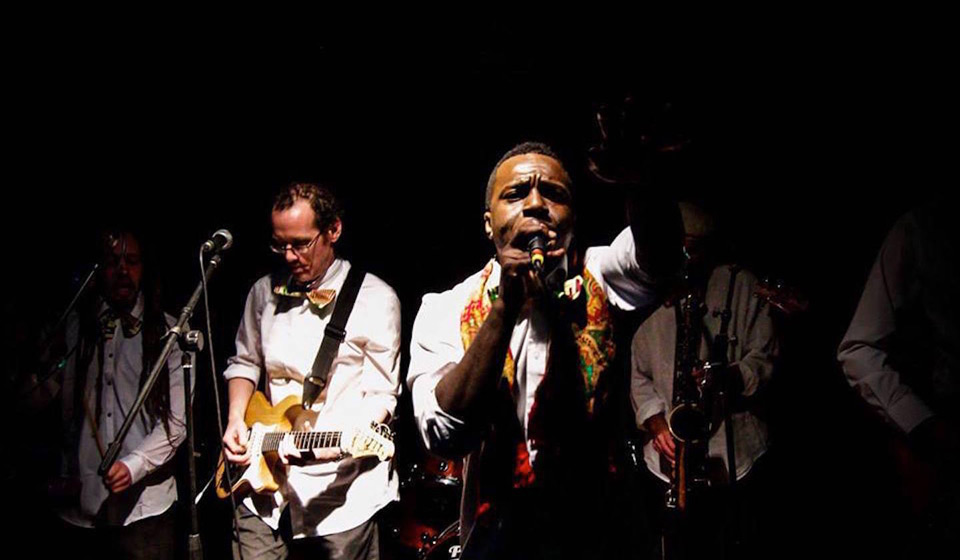 ‘K.O.G & the Zongo Brigade are a 9 piece ensemble with diverse origins and very varied tastes in music which combine to bring you vibrant African grooves and then some.

With the leadership of K.O.G, the Ghanaian born songwriter and performer, they create genuine indigenous West African rhythms which are then injected with elements from other genres including funk, reggae, latin jazz and soul. This creates a unique sound that needs to be heard to be believed.

Fresh off the back of their UK tour in support of the incredible 7 track Akwaaba Live EP, the band have been voted runners up in Glastonbury’s own Emerging Talent Competition, guaranteeing them a main stage slot at the festival!

This, along with a whole host of festival slots including Soundwave Croatia, Boomtown Fair, Kendal Calling’ 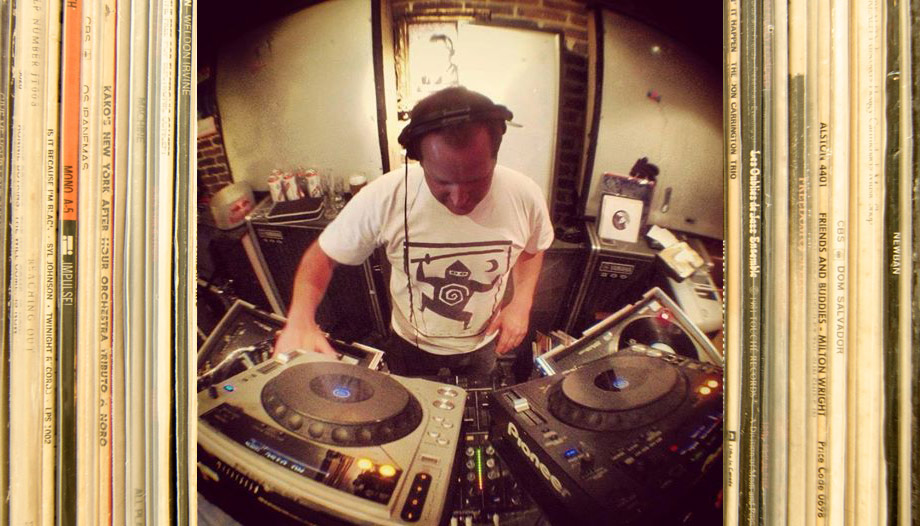 Background
James baker is Dorset born and bred and grew up in the town of Bridport where he has been Djing for over 20 years. His vast collection of over seven thousand records started when he was 13 and first popped into his local independent record shop Bridport Music.
James first started Djing at Free Parties back in the 80s and early 90s, where you could just turn up with your bag of records and get on the decks. House and Detroit were big on the scene then, which he also then took to local Bridport club The Bee Hive and at 16 was resident DJ at The Flying Saucer Club and then Club U Like. James went on to found UM UK around the mid 90s.
Now
James DJs locally in pubs, bars, at parties, events, weddings, and is highly sought after for his eclectic yet specialist range and style.
He has supported a range of artists at gigs at various venues including DJ Food, Chris Brubeck, The Kills, Courtney Pine, and Avishi Cohen.
Style
James Baker is strictly a vinyl DJ and covers a very wide range of diverse music; from funk soul and jazz fusion through to electronica, house and Detroit techno…and beyond!
Involvement
James is the co-owner of Amp-Art Records run with fellow Bridport DJ Maxim Sullivan.They have a new EP soon to be released by Cottam called ‘The Long Walk EP’. Lay-Far and Linkwood Eps also to be released this year, ones to watch out for.
Ninja Tune’s Solid Steel Radio have collaborated with James previously, with two online radio shows.
Influences and Personal Favourites
Influences are of course as diverse as James’ style and include Aphex Twin, Carl Craig, Underground Resistance, Gilles Peterson, Derrick May, Billy Nasty, Spiral Tribe, Colin Dale, Ben T, Roy Ayers, Herbie Hancock and John Coltrain…to name the tiniest amount! 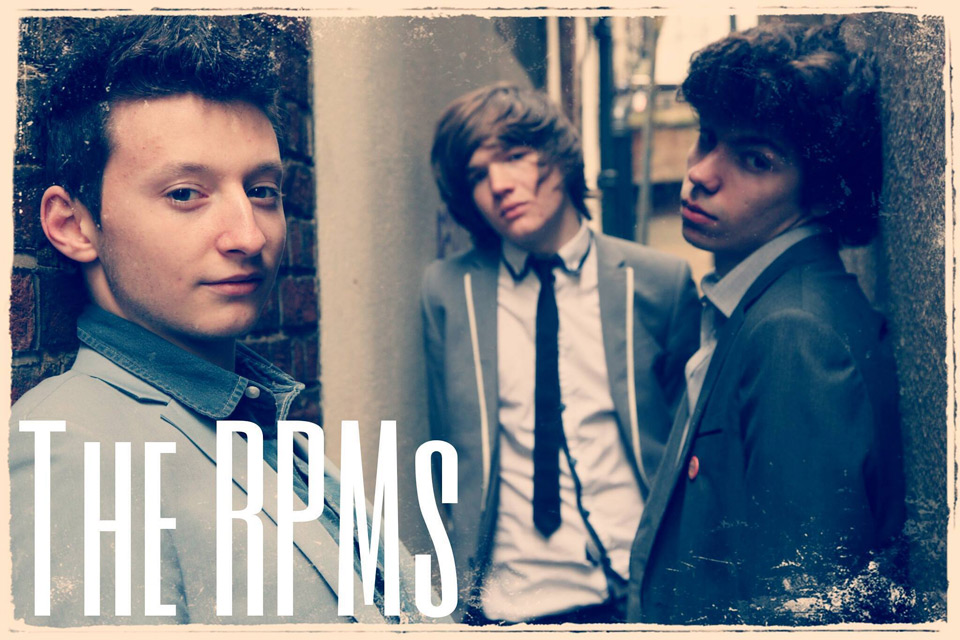 Hailing from Brighton, but originally local boys themselves. These three young guns return triumphantly from their escapades in Brighton including a support tour with The Beat and a slot at this years Pilton Party Audition gig. Front man Jack Valero (from Bridport) and drummer Callum Allner (from Dorchester) still remember fondly having some of their very first gigs together in the great artistic town of Lyme Regis at B Sharp’s yearly busking festival as well as Big Mix 2013. It will be an interesting moment for them as they return home with guitars in their hands and songs in their heads.

“Really looking forward to playing for B Sharp again, we really had so much fun when we played for them before, and they where very supportive in those first few days of us starting out as a band.” – Jack Valero 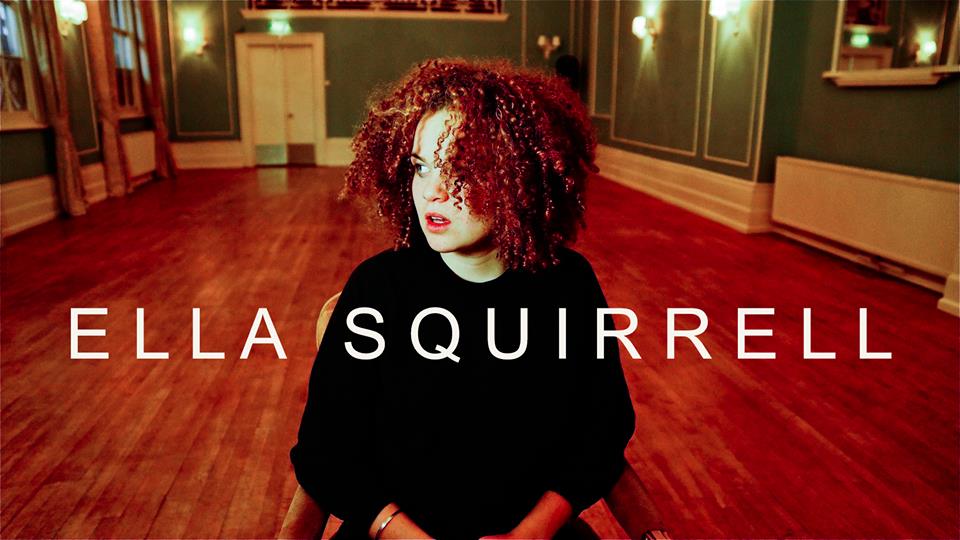 Ella Squirrell grew up surrounded by creativity in the beautiful town of Bridport in Dorset. She has always felt at one with the natural world, returning to nature as a comfort in her song-writing. Her move to London was a big transition but she discovered it to be an excellent base for music, and had many interesting experiences meeting fellow musicians, before returning to her hometown of Bridport.

Ella’s home-life is still her biggest influence. When she returns to the West Country she is reminded just how musical her family life is. Her Dad’s playing can always be heard throughout the house. She is revisiting music every time she spends time at home, discovering new things and catching up with photographers, painters and performers along with other musicians. Fellow Dorset singer-songwriter, Jack Harrison, reminded Ella to ‘do it for the love of music and nothing else’, and this is something that has stuck with her as she continues in her growth as a musician.

Some of you may already know Southdub aka Meta & Crags from the grime scene in and around Weymouth.

When our “Awake” release drops you will hear verse from both of them on there and can also find their track “Speaking French” on our SoundCloud page (link above the picture). Aswell as that you can catch SouthDub at our DC Studios takeover event in Wolverhampton on the 25th of April, head over to our Facebook page (link above picture) for more info on that one and also look out for the the “Easy EP” dropping over Easter! 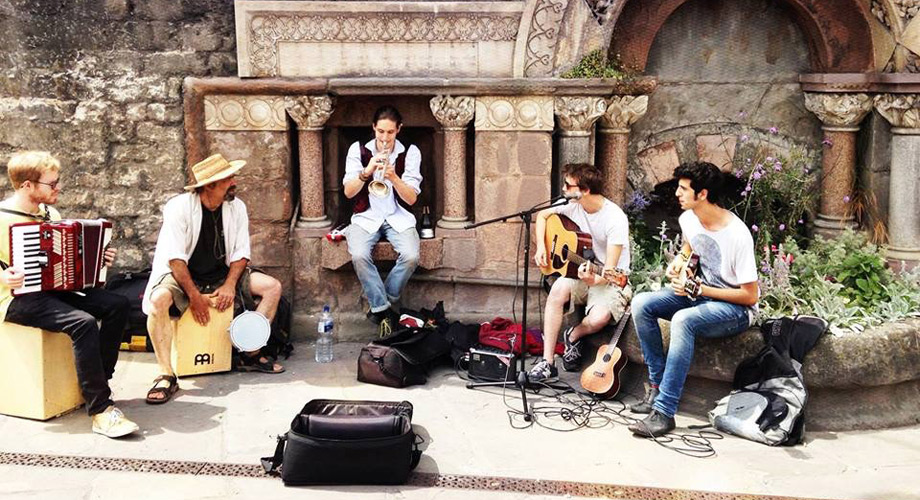 Joe McDonnell – Guitar/Vocals
Joe Mc Donnell (a.k.a. Jocelyn Mc Doughnut) has given up a life of cross-dressing in order to pursue his carreer as a purveyor of fine musics. His early songs were all about insects and asked the question “What would win between a …. and a …?” (Usually the elusive dagger mantis would emerge victorious) Currently though, he writes about more universal subjects such as Love, Loss, and the innescapable greyness of the human condition.

The NME have yet to form an opinion of him as he hasn’t made it onto their radar yet, but if they did review his songwriting style, they might compare him to a younger less influential Bob Dylan with a lisp.

He originally was inspired to play music when he first heard a cukoo singing it’s merry springtime song, he then stopped for a while when he realised that Cukoos are sworded nest thieving bastards, and then started again when he learnt to be more forgiving of the harshness of nature.

Pasha Ball – Trumpet/Vocals
Pasha learnt to play trumpet on the back of a pick-up truck travelling down the length of the Mekong. He draws his inspiration from the Cosmos and is believed to be the direct descendent of Pocahontas.

His style has been described by experts as “softer than the padding on a kittens paw yet more powerful than the full velocity of a Bison hoof”. Non experts have said “m’yeah…he’s ok”.

When he’s not playing horn he collects Magic ‘the gathering’ cards and has a devastating white elemental deck with which he competes regularly. 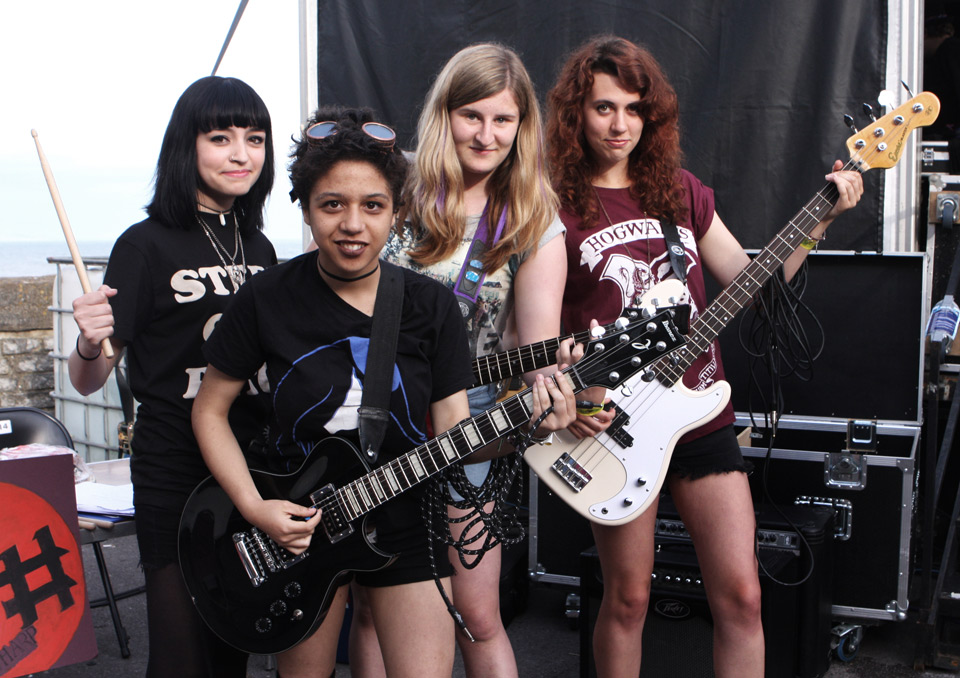 We’re a four part all girl alt-rock band from the UK. Give us your love, and we’ll give you our music.

The last year has seen popular Plymouth-based duo Joanna Cooke and Nathan Austin performing extensively across the west country, playing well over 100 shows and building a growing reputation as a quality act with a distinctive musical style. Venues have ranged from intimate musical settings, through clubs, pubs and restaurants to hotel events and festival appearances. Shows have included a stand out performance on the BBC Introducing stage in Cornwall and supporting Island Records’ artist JP Cooper in Truro on his national tour.

Joanna and Nathan released their pop-jazz tinged single ‘Last June’, on iTunes, Amazon etc. Limited edition CD copies of the record, which were available only at their gigs, sold out. Blues Bunny Music Reviews described it as ‘Irrepressible’ and the track received widespread local radio airplay. Alongside the release, Joanna and Nathan performed live studio sessions in radio stations across the far south west.

As well as a continuing busy schedule of live shows across Devon and Cornwall and into Dorset, writing and recording is now under way for a new EP of Joanna’s own material. The record is due out late this summer.

Audiences at Joanna and Nathan’s live shows can expect a mix of strong original songs and tasteful covers with a twist, all delivered with Joanna’s distinctive, high quality vocals and piano touches, complemented by Nathan’s fine guitar work, vocals and stomp box percussion.

In addition to all this, Joanna is attracting continuing interest in her services to write and sing on Electronic Dance Music tracks, with approaches from national and international artists/producers and labels for her involvement. 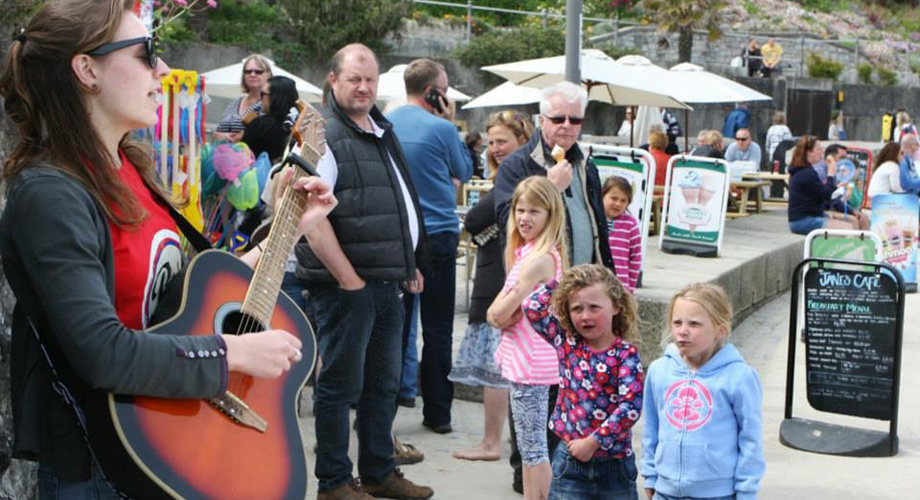 Merry is a young singer and songwriter who draws inspiration from the local musicians she hears or plays with, particularly Andrew Dickson; her mentor in early years.
Writing songs from a young age, Merry channels folk traditions into new times and writes with the honesty and insight of youth. She is a proficient player of several instruments and also a great believer in busking. 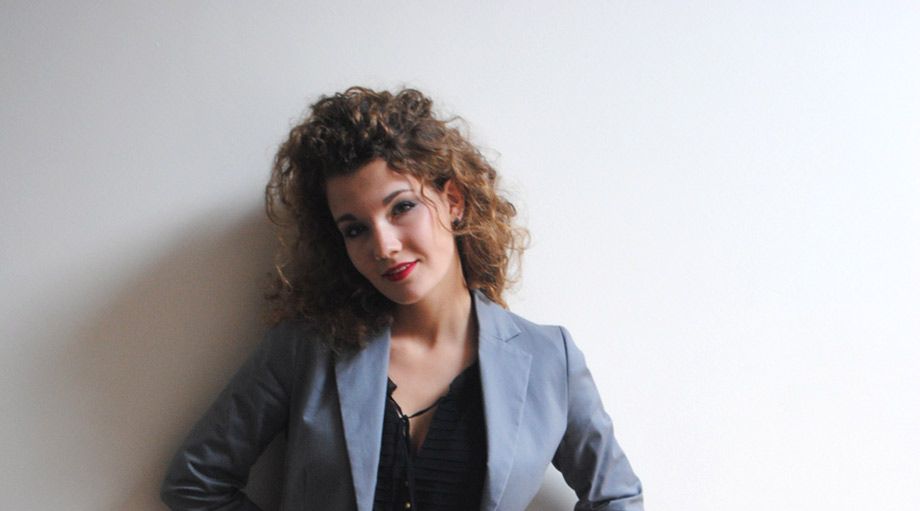 Since graduating from Manchester University with a first class bachelor of music degree in 2013, Chloe has worked as a freelance soprano and singing teacher, performing as a soloist for a number of choral groups in Devon and Dorset. Recent engagements include soprano soloist for Handel’s Messiah (parts 2 and 3) and Rutter’s Requiem with Sidmouth Choral Society; Mendelssohn’s Elijah with Seaton Choral Society, and three of Barber’s Hermit Songs and Ravel’s ‘Trois Beaux Oiseaux du Paradis’ for Lyme Bay Chorale. Last spring, she returned as soloist for her old school, Colyton Grammar School; singing Fauré’s Requiem in Exeter Cathedral, and in February 2015 she sung Brahms’ Ein Deutsches Requiem with the New Elizabethan Singers. She is continuing her studies with Ryland Davies (Royal Academy of Music) and Deborah Rees (Royal Northern College of Music), and is looking forward to receiving operatic coaching and performing excerpts from Mozart’s Le Nozze di Figaro as part of a course in Scheggino, Italy, this July.

Tristan is a local young singer and multi instrumentalist. He covers some of the great songs from all eras but also has been working on some of his own material which will be heard at this years festival. 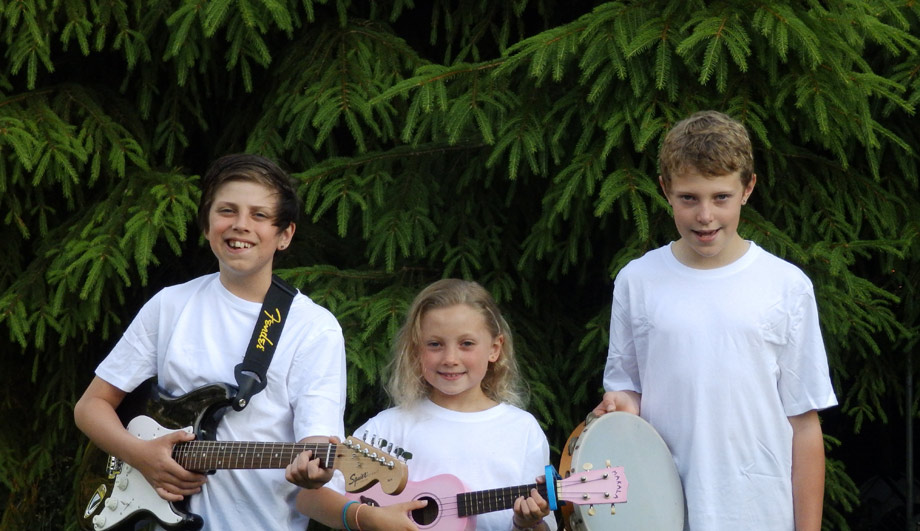 Tyler (12), Logan (10) & Darci (8) are a newly formed 3 piece brother sister band, so new in fact that they only decided to put something together a week before the auditions. Although Darci is not so new to all of this, she sung with her Dad accompanying at the Big Mix and at Guitars on the Beach for the last 2 years, this year she has put her solo act on hold to perform with her brothers. 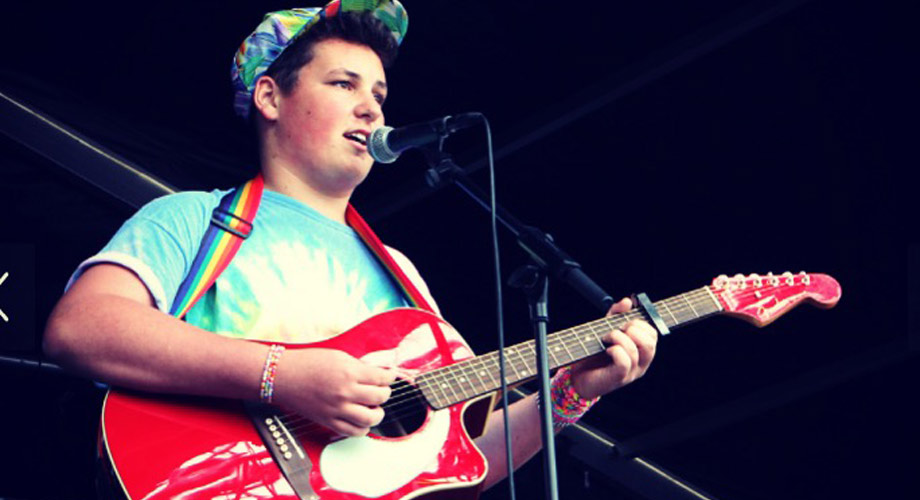 Hello! My name is Harvey Causley, I’m 16 and am currently studying my A levels at Woodroffe School here in Lyme Regis. Along with drama music is a big part of my life. I have been part of B Sharp for a very long time now, and it’s been a key part in helping me build my confidence musically, as well as building my leadership skills, especially every Tuesday at the Hub Jams. My main instrument is the drums, however I also play the saxophone, Guitar and do a bit of singing in my spare time! The Big Mix is a great chance for young people like myself to get on a proper stage a do some performing, but also a chance to hear some amazing musical talent form all around the are! it’s going to be great! 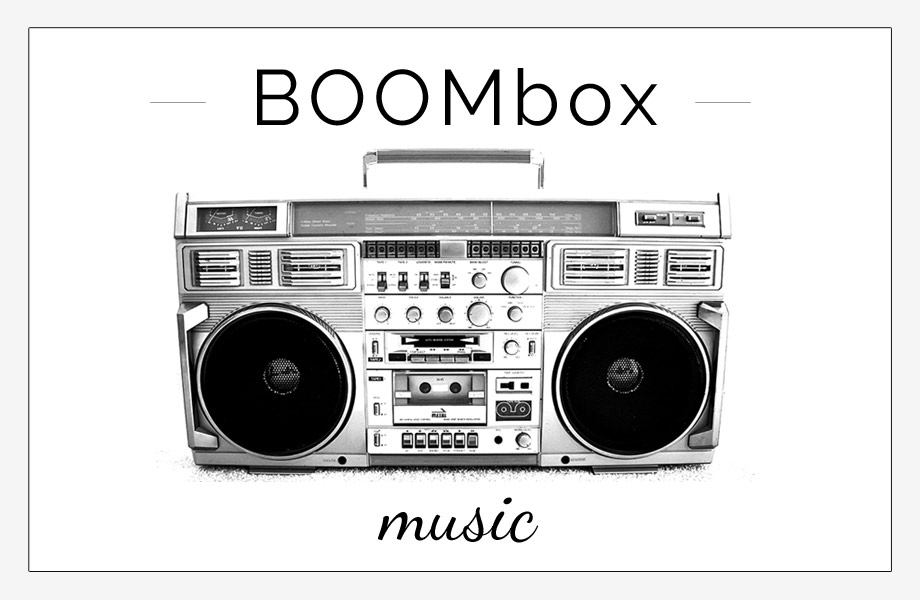 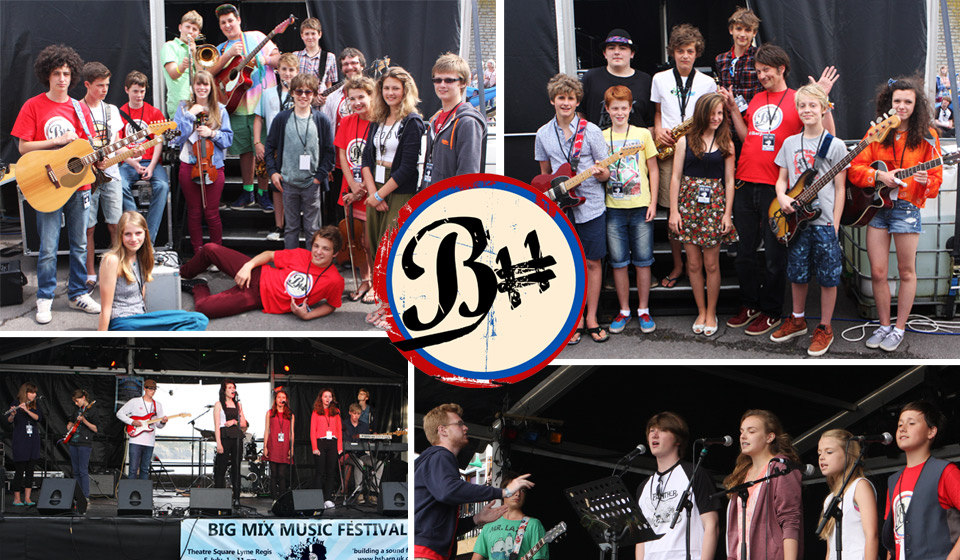 B Sharp’s creative music making sessions ‘Hub Jams’ have this year created 4 bands from the 40 or so young people who come along every week to compose and perform new music here in Lyme Regis. In fact, The Big Mix Festival was started so that these up and coming musicians had a great place to share and showcase their original music.

A lot of the young people who have played here before are now pursuing music careers of their own and some of them are back this year in their own right.

Check out these Hub Jam bands if you want to see where music is heading and where today’s young people are at musically.

Full details of each group will be posted soon…….